Over 2,000 Residents Turn Out for Jubilee Freedom Parade

Over 2,000 residents gave the Duke of Lancaster’s Regiment a rousing welcome when they marched through Clitheroe town centre.

The regiment’s 1st Battalion along with the British Army Band Catterick marched through Clitheroe with ‘bayonets fixed, drums beating and colours flying’.

Over 150 soldiers paraded from Queensway up Moor Lane and Castle Street to Market Place, where they were presented to Ribble Valley Mayor Stuart Hirst, before a church service and civic reception.

And pupils from St James’s CE and St Michael and St John’s RC Primary Schools lined the route waving flags they made in conjunction with local artist Beverley Chapelhow in the official Platinum Jubilee colours of silver and purple.

The event heralded the start of Ribble Valley’s Platinum Jubilee celebrations marking 70 years since her Majesty Queen Elizabeth acceded to the throne.

The historic occasion is being celebrated throughout the UK and Commonwealth in numerous ways, including an extended bank holiday from 2 to 5 June.

After the parade, solders and guests attended a church service and reception, during which the council and regiment exchanged gifts of a framed print of Clitheroe Castle and a silver lion figurine – the regiment is known as the Lions of England, due to its ‘fierce, strong and courageous’ character.

Ribble Valley Mayor Stuart Hirst said: “The Freedom of the Borough parade in 2011 attracted thousands of spectators and I am delighted to say that the regiment received another rousing welcome.

“This year’s parade was particularly poignant, as the Queen is the Duke of Lancaster and the parade heralded the start of the borough’s Platinum Jubilee celebrations.

“The parade was a grand affair and the soldiers were resplendent. The regiment is welcome back to the borough whenever it wants.”

Colonel Andrew Kennedy, deputy colonel of the Duke of Lancaster’s Regiment, said: “Thank you to everyone who came to see the Freedom parade. We were delighted to see so many people lining the streets and it was a truly memorable occasion.”

As well as the Freedom parade, Ribble Valley’s Platinum Jubilee celebrations will include a beacon-lighting at Clitheroe Castle on Thursday, 2 June, and the planting of ‘jubilee tree avenues’ at Brungerley Park in Clitheroe and Towneley Gardens in Longridge during jubilee weekend. 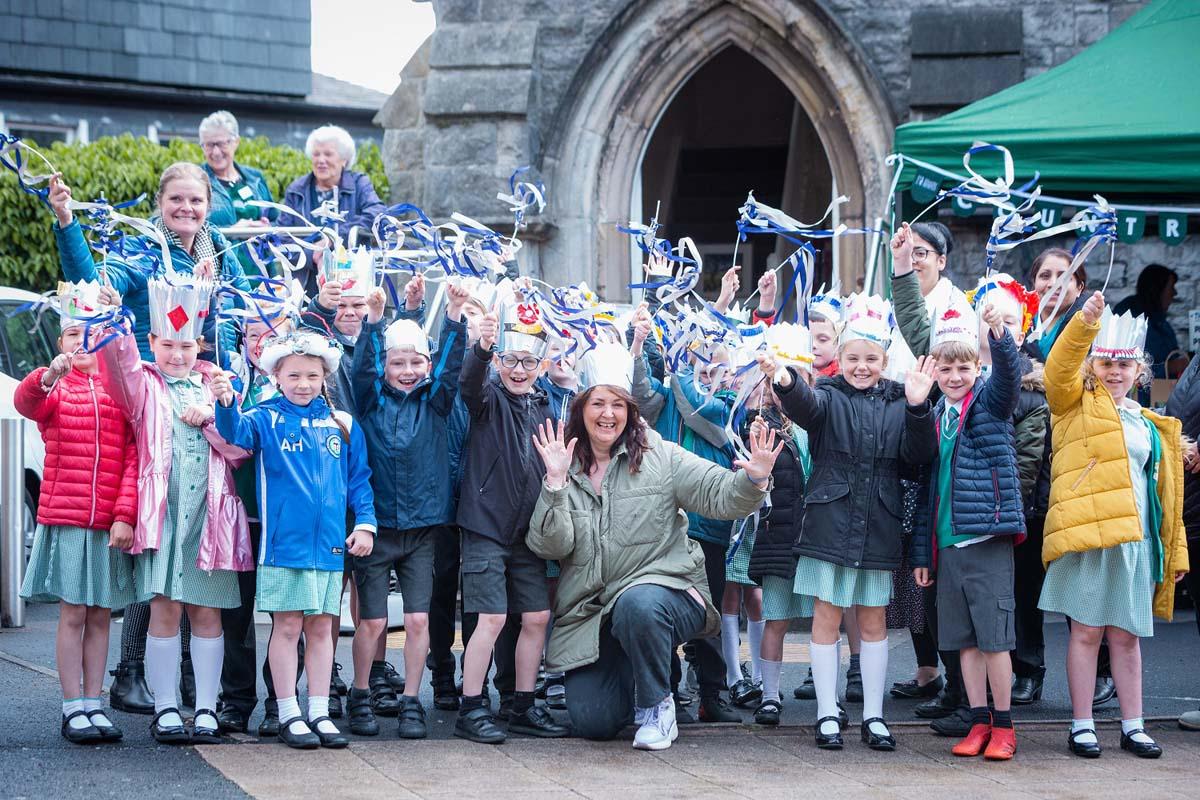 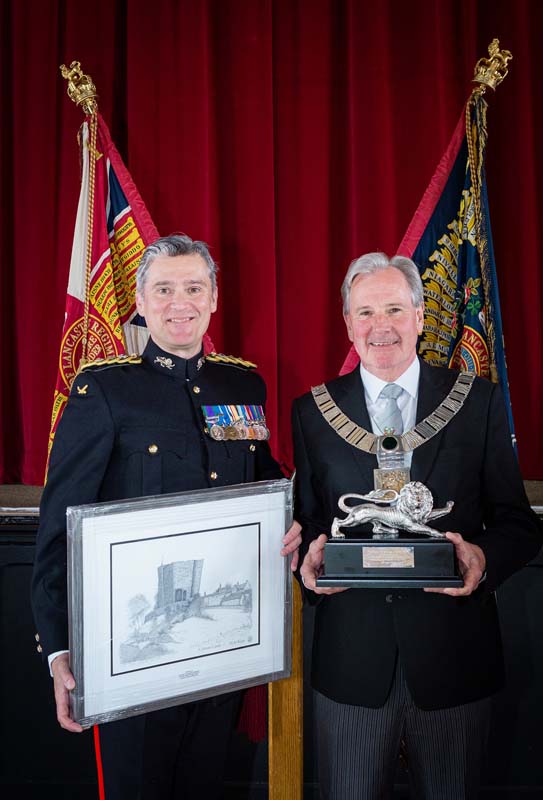 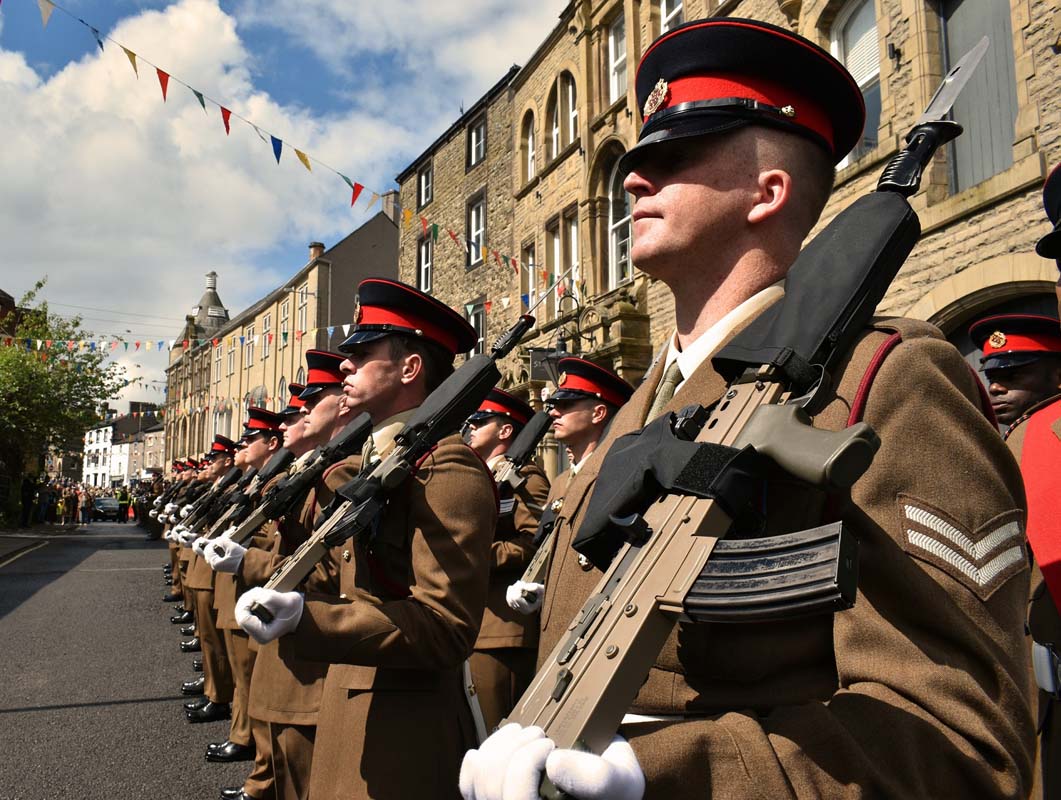 The Duke of Lancaster’s Regiment in Market Place, Clitheroe 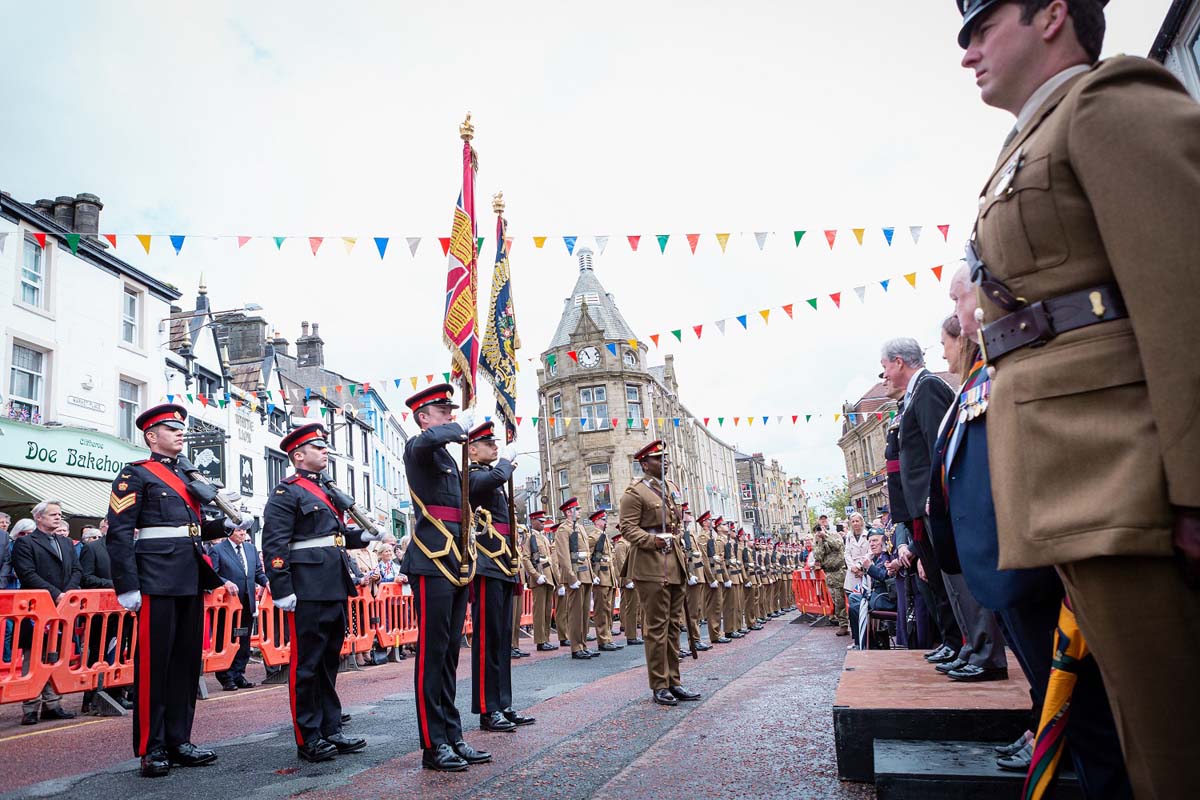 The Duke of Lancaster’s Regiment on Moor Lane 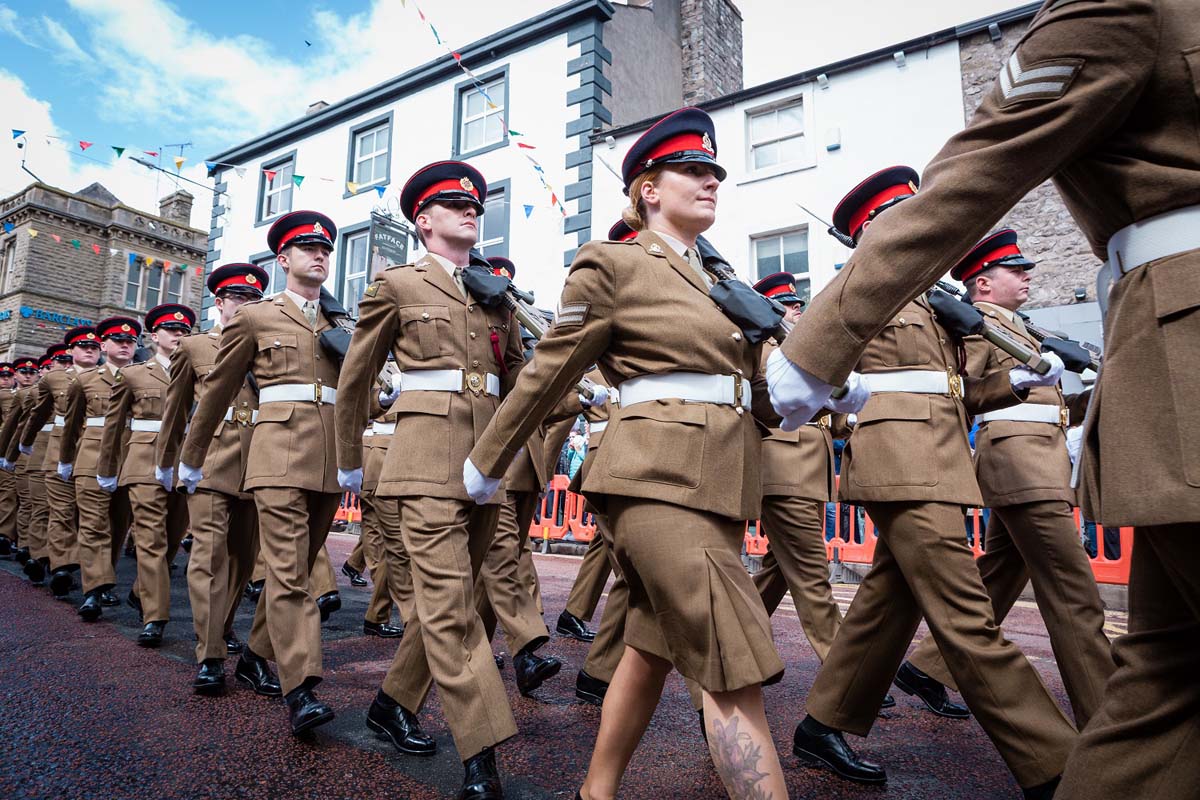 The Duke of Lancaster’s Regiment marching through Market Place, Clitheroe 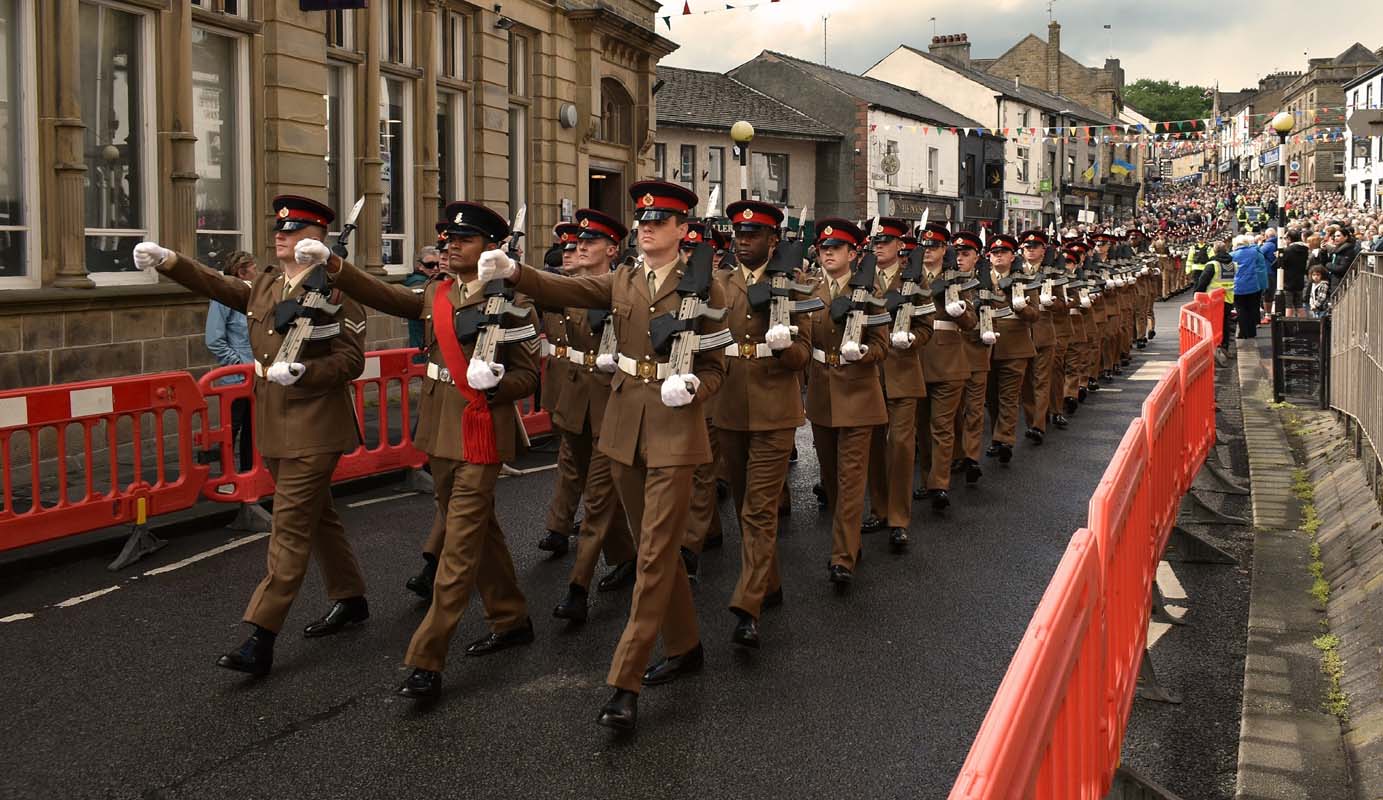 The Duke of Lancaster’s Regiment marching down York St, Clitheroe